Where in Israel can you find remarkable history and legendary ruins amid spectacular desert scenery? Only in Masada. 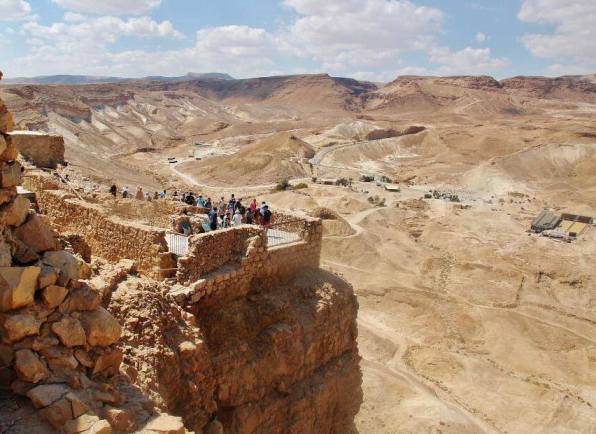 Book a Private Tour of Masada and the Dead Sea

Masada National Park is a must-see site on your trip to Israel.

Situated on a natural fortress perched 1,500 feet above the Dead Sea in the Judean Desert, Masada was the last stand of nearly 1,000 Jewish men, women and children who decided to commit suicide as free people, rather than fall into the hands of the Roman conquerors!

Despite its lofty height, Masada is accessible by everyone, whether you are young, old or disabled. 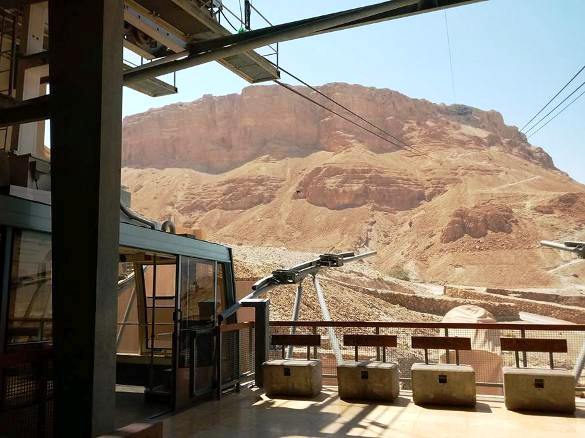 You can travel up and down the 400 meter mountain by cable car in both directions in a wheelchair. 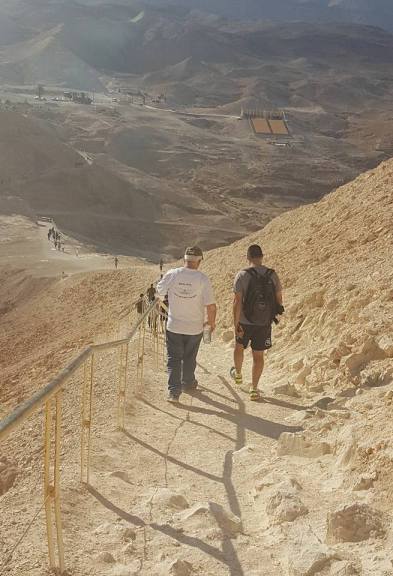 Or, you may prefer to walk it on the famous 'snake path' if its not too hot.

Masada was a small fortress built by the Jewish Macabbeans to protect vital trade routes in Judea between Egypt and Syria. Coins found on Masada from the Maccabean rule date to about 100 years BCE.

But it was Kind Herod who made Masada magnificent.

He built on Masada a huge fortress, two palaces, baths, swimming pools, water reservoirs, huge amounts of storehouses and an armory sometime between 37 and 31 BC.

A few of the storehouses contained high quality wheat, the best olive oil and expensive wines imported from Sicily. These were obviously used by King Herod and his guests. But most of the storerooms housed huge amounts of barley, cheap local wines and low quality oil. Why? Herod turned Masada into a huge storehouse which would serve his kingdom in the event of a war. His foresight proved well founded...

The Siege of Masada

It was during the last days of the Great Jewish Revolt.

A Jewish zealot group took possession of Masada. They were called the Sicarii after the curved 'sica' or dagger they wore hidden. They lived in Masada for three years, led by Elazar Ben-Yair. Their ranks were joined by refugees from Jerusalem after the destruction of the city and the Great Temple.

They took advantage of the storage areas and goods prepared by King Herod decades earlier and succeeded in surviving 3 years, despite the ruthless siege by the Romans.

The Roman leader Flavius Silva built eight camps, a siege wall around Masdada, and a massive ramp. As the Roman battering ram breached their walls, the Jewish rebels realized their situation was hopeless.

They made a fateful decision. Refusing to surrender and end up as slaves, or worse, they first set fire to their homes and stores. Then, they chose by lot ten men who would have the task of killing the 960 other men, women and children. And so they did. It was on the first day of Passover, the holiday celebrating Jewish freedom from slavery.

The last man alive killed the other 9 zealots and committed suicide.

When the Romans finally made it up the mount, they were met by silence of corpses. As Josephus recorded, only two women and five children survived by hiding.

What to See at Masada National Park 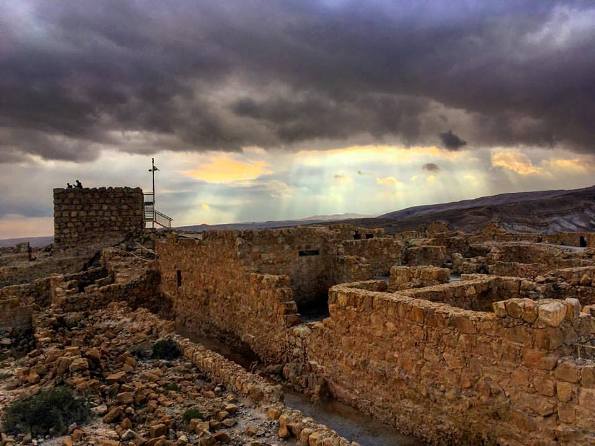 If you have time before ascending, visit the Yigal Yadin Masada Museum. It displays original mosaics and archaeological find from Masad explains the history and story of Masada in an entertaining way.

After you ascend to the flat top, there are amazing views all around. 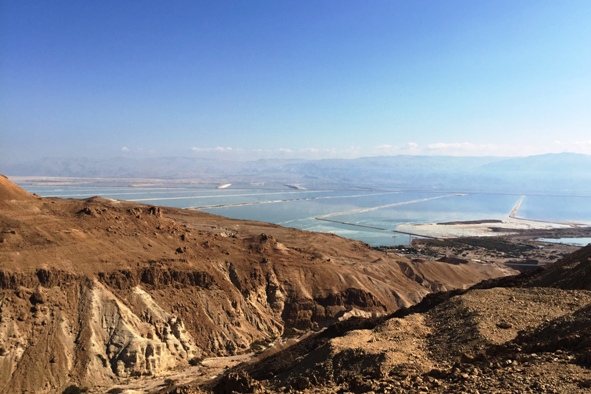 Beside the stunning scenery, you can walk around and discover:

Palace remains - the remnants of the fascinating three-level palace built by Herod at the Northern vertical slope of Masada. There are reconstructed paintings and mosaic floors. 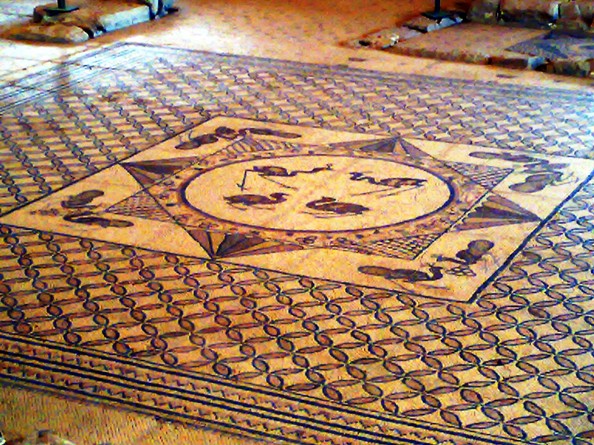 One of the remarkable archaeological finds is the synagogue, one of the oldest  on Earth dating to the times when Jerusalem Temple still stood in all its glory during Herod's time. You can see the synagogue benches along the ways. 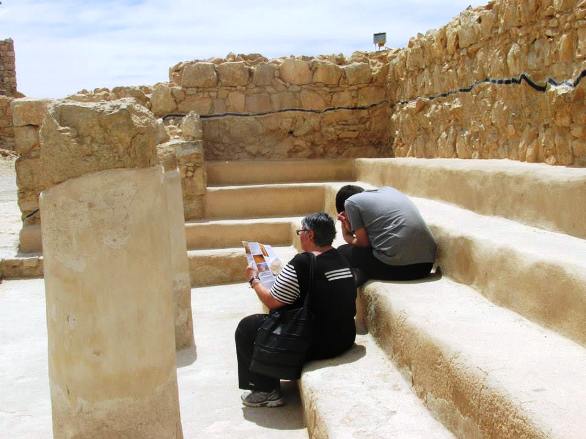 Further on is the 'gniza' room where the oldest parts of Torah scrolls have ever been found. Two pits dug into the floor served as a storage area for damaged religious texts.

The Lots room where pottery pieces were found with the names of the Jewish rebels from the time of the Revolt. Why is called the 'Lots room'? It is believed that the pottery pieces served as the lots deciding which ten men would voluntarily kill the community.

Near the entrance is the Citadel Commander office and home with wall paintings.

All around are perfectly preserved water reservoirs and cisterns. You can also see the bathhouse in Roman style and the remains of a Byzantine church.

On the Western side of Masada, you can  see the remains and reconstruction of the Roman siege engines and ramp.

An impressive Sound and Light Show runs between April and October, on Tuesday and Thursday night at the amphitheater.  Its great for kids. The 50 minute show tells the story of Masada and the dramatic last days of the siege.