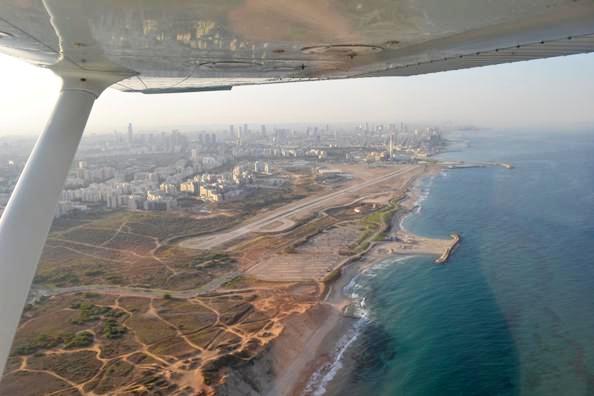 This page tells the story of Tel Aviv's local Sde Dov Airport, opened during the days of the British Mandate in 1938 and permanently closed in 2019.

The airport was located just north of the Tel Aviv Port and the iconic Reading Power Station tower, where the Yarkon River spills into the Mediterranean Sea.

It was adjacent to Tel Baruch Beach, one of Tel Aviv's beautiful northern beaches. 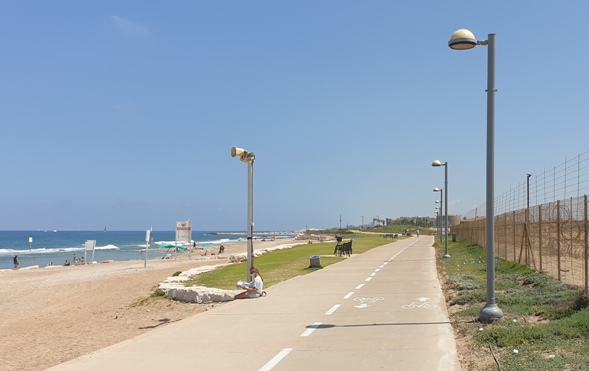 In the photo above, you can still see the barbed wire between the beach and the former airport.

In its heydey, about 700,000 passengers traveled between Tel Aviv and Eilat, Israel's resort city on the Red Sea every year.

Israelis and tourists in the metropolitan Tel Aviv area preferred flying to Eilat via Sde Dov aiport, myself included. When we wanted a quick vacation, it was a fifteen minute car ride from my home to the airport with no need to deal with traffic.

It was so convenient! 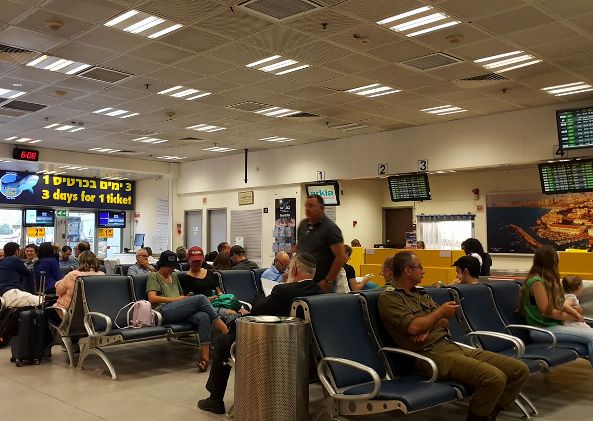 Sde Dov was a cozy and efficient airport. Security lines were short. After security, you checked-in and there was just one sitting area in between the check-in counters and the 'gates'. There were no real gates and certainly no jetways but only glass doors between the sitting area and the airplane tarmac. You used to be able to walk to the plane, or board a shuttle bus for a short ride.

Today, you can only fly to Eilat from Israel's international Ben Gurion airport.

You must deal with long lines and security procedures that are normal at large airports, and the inevitable traffic on the way to the airport.

The History of Sde Dov Airport

Sde Dov airport was built in 1937 during the British Mandate.

Today's Ben Gurion airport, then called Lydda Airport was functioning since 1934. There wasn't much air traffic, certainly not enough to justify building another airport just 30 kilometers away.

So why was the airport built?

In 1936, the Arabs began the Great Arab Revolt against the British Mandate which continued for 3 years. Traveling from Tel Aviv to Lydda Airport became dangerous for Jews. The mayor of Tel Aviv appealed to the British authorities for permission to construct and airport in Tel Aviv to avoid the perilous roads. Permission was granted and the airport was constructed. 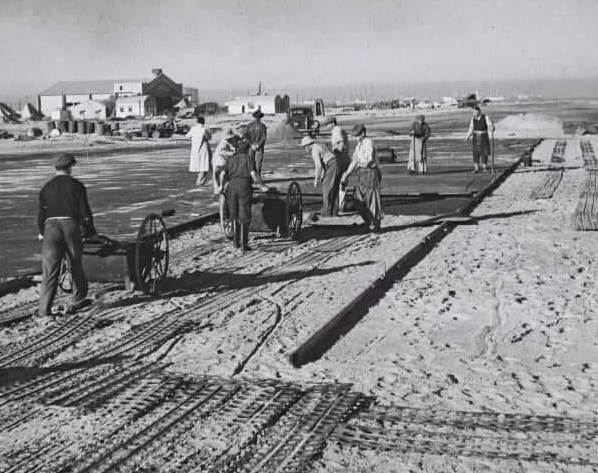 The airport became the home base of the Jewish 'Palestine Airways' which ran regular passenger flights from Sde Dov airport to Haifa and to Beirut.

The airport was renamed after Dov Hoz who was one of the pioneers of Jewish aviation.

Sde Dov evolved into a major domestic airport and continued to serve as a minor Israel Air Force base.

Strangely enough, over one thousand people purchased the land in and around Sde Dov between the 1930s and 1972.

For fifty years, the descendants of these land owners have been suing the Israeli government demanding their rights to build on land worth billions in today's Tel Aviv real estate market, or be compensated. If the government had been wise, they would have been compensated years ago at a reasonable cost. But in the twenty-first century, this area known as 'Gush Hagadol' - the Big Block - was considered prime real estate location and prices had skyrocketed.

Eventually, the case made it to the Israeli Supreme Court which obligated the government to close the airport, or pay huge sums to the property owners. The Prime Minister Benjamin Netanyahu decided to close the airport rather than pay compensation, a blow to Israel aviation.

Sde Dov Airport was finally shut down in July 2019.

Following the decision to close the airport, commercial flights were moved to Ben Gurion Airport.

The Future is Residential 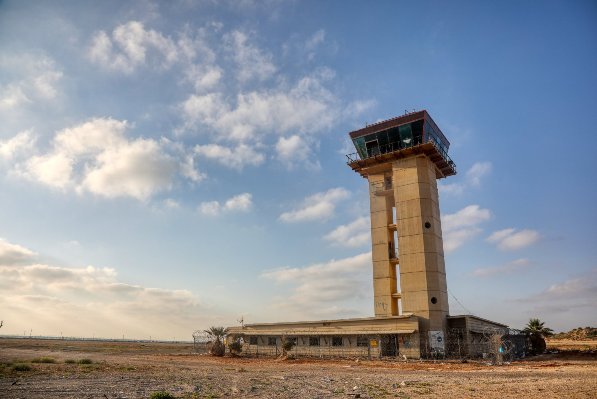 Sde Dov airport has been completely dismantled. Only the control tower remains, which will be turned into a museum.

The area will become a new, beachfront neighborhood. 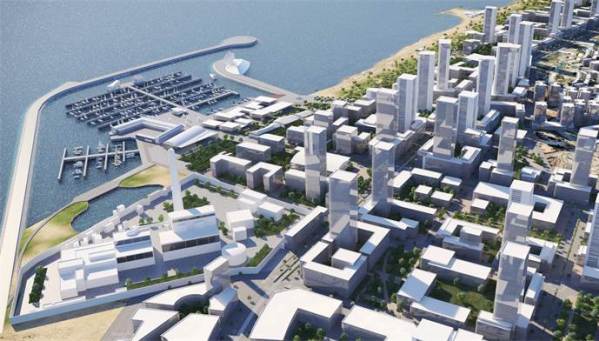 The plans to house over sixteen thousand apartments and 35 high-rise buildings on one of the most valuable properties in Tel Aviv, and indeed in all of Israel have been approved.

You can read more about the plans here.