Driving in Israel
Rules, Tips and Everything You Need to Know 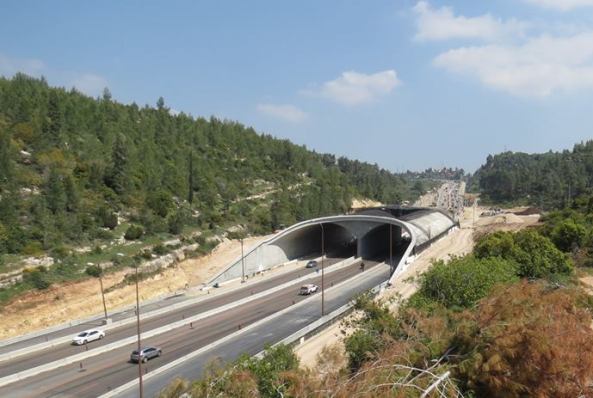 Driving in a foreign country can sometimes be stressful, but do not let anyone scare you about driving in Israel!

The roads in Israel are pretty good (at least most of them!). By and large the main road signs are trilingual - in English, Hebrew and Arabic. 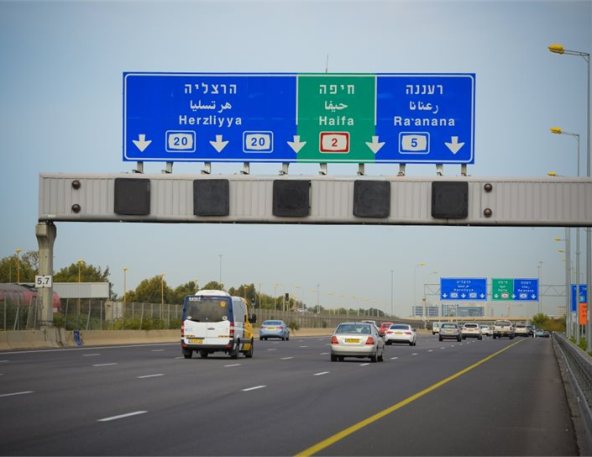 And in any case, we recommend you use the WAZE navigation APP when you are driving in Israel. It covers Israel streets and roads extremely well, and recommends the best route taking into account traffic conditions.

Where to Drive, Where Not to Drive

Driving and renting a car in Israel is a great choice if you will travel between cities, and especially to areas that have less frequent public transportation options. Places like the Dead Sea, the Negev in southern Israel and the Galilee in the north.

On the other hand, within and between major cities like Tel Aviv and Jerusalem, public transportation runs fairly well.

In fact, driving in Jerusalem and Tel Aviv during the work week can be a hassle due to traffic and lack of parking. 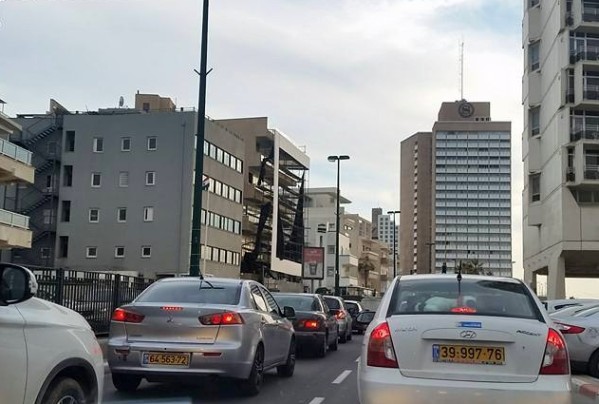 We have to mention something about Israeli drivers.

Most drivers in israel don't have a lot of patience. They will beep their horns more than you are probably used to, especially if they are annoyed by the behavior or speed of others. You may need to be a bit more aggressive when you are, for example, changing lanes. You may prefer to stick to the right lane if you are not driving near the speed limit.

Try not get annoyed and you certainly have nothing to fear. Israeli drivers aren't violent, just impatient. Take it in stride and keep your cool.

Here are the important driving rules and regulations if you plan to drive in Israel:

To drive an Israel, you need a valid foreign license and you do not need to get an international license. If you live in Israel for more than a year, you must convert your foreign license to an Israeli driving license.

If you live in Israel for more than a year, you must convert your foreign license to an Israeli driving license.

You can drive from just under 17 years old in Israel. In order to drive a rented car, you have to be between 21 and 75 years old.

You can see your allowed speed limit  on signs along the roads in kilometers per hour. You will receive a ticket if you exceed the speed limit at 10% and more. Generally, the speed limits are as follows, unless elsewhere on the way:

If you can, you can get a ticket on-site at a police officer or it will be issued based on the speed cameras all the time on the major highways. Israel has many speed cameras installed, but in a recent (2018) ruling, many have been declared inaccurate and therefore illegal, for now. 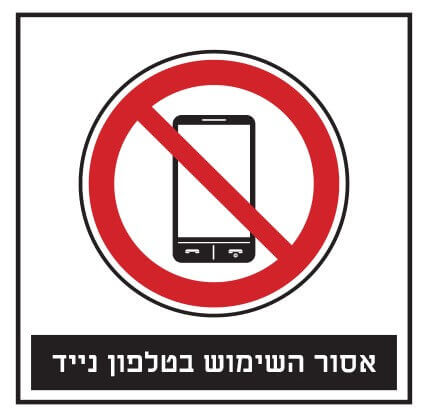 Talking on a mobile phone without a hands-free system is prohibited, even at a stop light. Mobile phones are the biggest cause of traffic accidents in Israel, so you get a very big fine - in thousands of shekels!

The drinking and driving limit is much lower than in most other countries, so we seriously recommend that you do not even have a drink if you drive in Israel.

The limit is 24mg or alcohol per 100ml of blood, although penalties do not start until 26mg. Drivers under 24 years old have a lower limit of 5 mg alcohol per 100 ml of blood. Police cars may stop you for a breath test, or even a urine or blood test. This usually happens late at night when people are partying. Refusing to take such a test is an offense.

Driving in Israel
What about Parking

Parking on the street is allowed free of charge if there are no parking signs or markings.

Red and white or red and yellow markings mean parking is never allowed.

Blue and white marking indicates this is paid parking zone. You can park for certain hours for a fee based on instructions that are usually posted nearby. Sometimes the instructions are only in Hebrew so if you are not sure, ask a passerby before you park.

Especially in the big cities, if you park in an area that is not allowed, or do not pay you stand a good chance of being towed away! If you parked your car and she misses, it was probably towed. Call '106' which is every city's hotline to get directions on where to find your car.

How do you pay for parking? There may be more close where you can either insert coins or possibly use a credit card. The best way to pay all over Israel is using one of the two most popular mobile phone applications:

Car parks in Israel's big cities and the easiest alternative if you are not sure where you can park, although they are expensive. Most underground parking places in Israel require a security check that may ask you to open your trunk.

Driving in Israel
Important Tips to Keep in Mind

1. Highway 6  - a super convenient road that traveses Israel from north to south.

There are no no toll booths on Road 6. Cars are identified electronically via the license plate or a device in the car. So be aware that bills for a rented car will be sent to the car rental company, which will add a surcharge 'handling fee' that can get pretty expensive.

2. The 'Fast Lane'  is a toll lane on Highway 1 from the Ben Gurion Airport area to Tel Aviv. 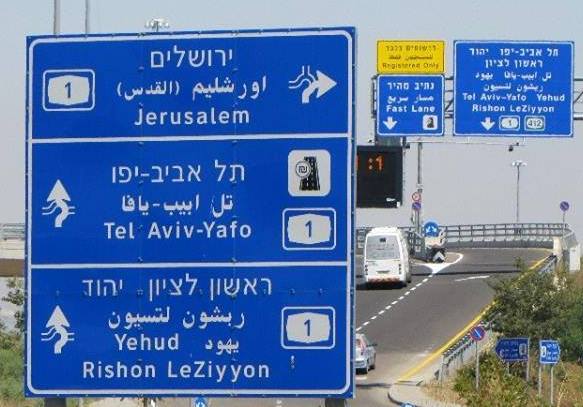 Cars are identified electronically via the license plate or a device in the car. So be aware that bills for a rented car will be sent to the car rental company. You will be charged an additional handling fee.

3. The Carmel Tunnels north of Haifa require you to pay at toll booths before entering the tunnels. The road signs in the area are mainly in Hebrew, so keep on the lookout for the picture of the tunnels, and as already stated, using WAZE is very useful! 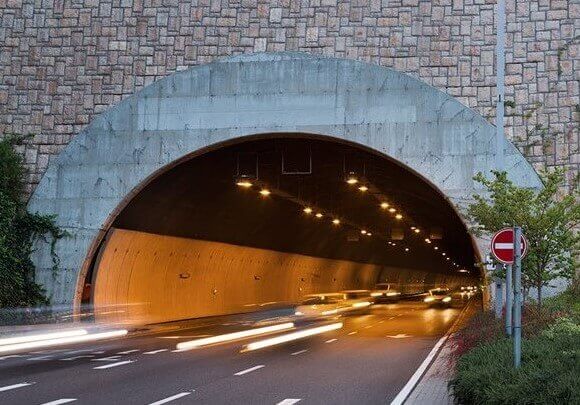 Driving in Israel
More Tips to Keep in Mind 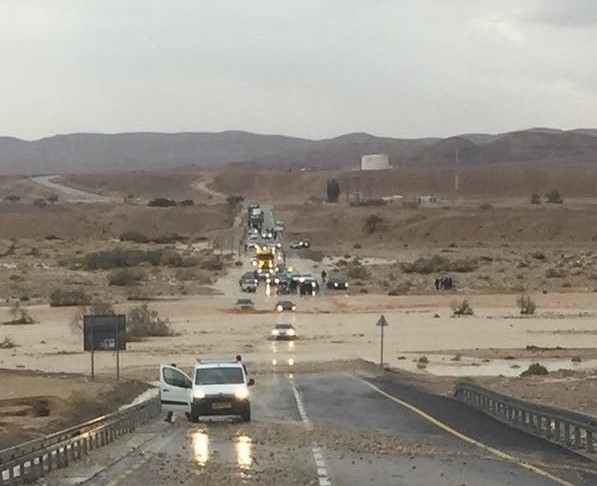