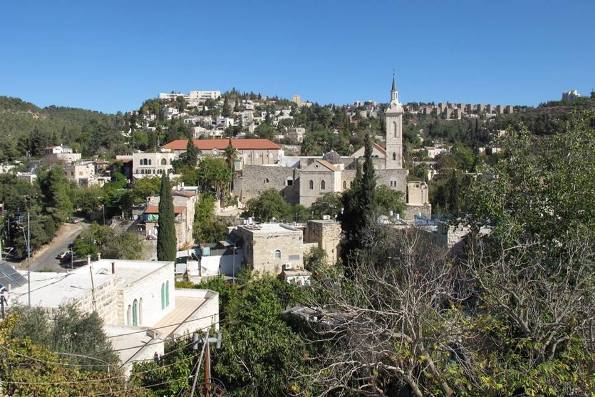 Take half a day and visit charming, historic Ein Karem Jerusalem just 10 minutes from the city.

Located between forested hills and valleys, lovely Ein Karem feels like a village, although it is part of Jerusalem. You'll enjoy breathtaking views as you stroll along alleys lined with old stone homes, artisan shops, outdoor cafes and restaurants, and majestic churches and monasteries.

In fact, Ein Karem was founded 3,000 years ago as a Canaanite village and has been mentioned several times in the Bible.

Ein means spring, and Kerem means vineyard - 'the Spring of the Vineyard.' On the hills of Ein Kerem you can still see the ancient terraces on which farmers long ago cultivated olive trees and grapes. 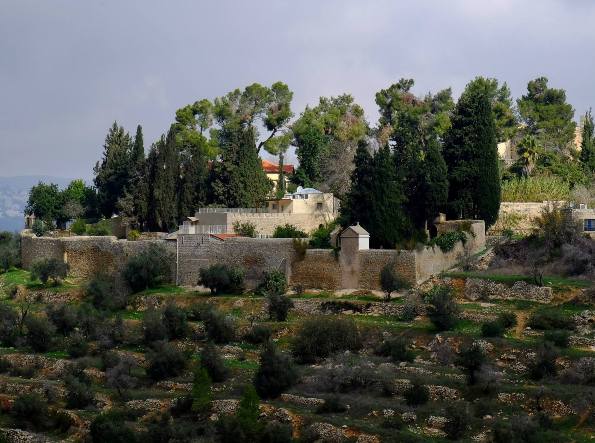 The village and surrounding farmland was built around a spring of water called Mary's Spring or the Virgin's Spring. The name is based on the tradition that the Virgin Mary drank from the spring on the way to visit Ein Karem.

Just above it, you can see the remains of a minaret built over 100 years ago. 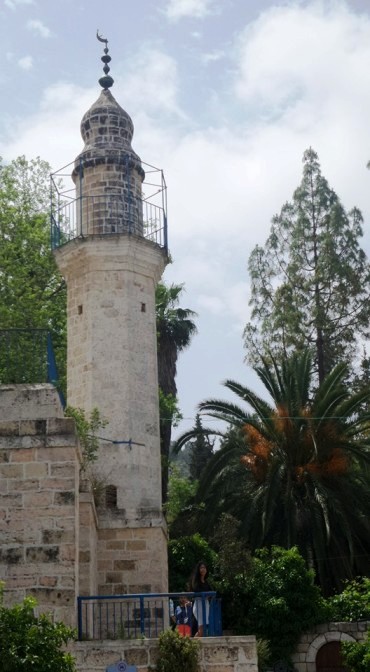 There are several impressive churches at Ein Kerem Jerusalem.

The village is famous for its double Christian heritage - as the birthplace of John the Baptist and the place where Mary, newly pregnant with Jesus visited her cousin Elizabeth who was pregnant with John.

Possibly the most well known Christian site in Ein Kerem is the Church of the Nativity of St John, easily identifiable by its tall tower visible from the distance. 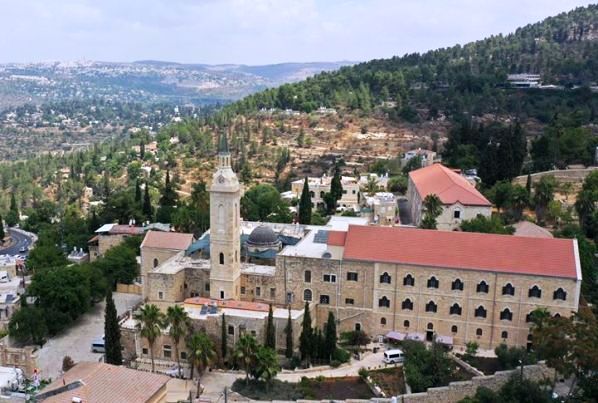 The first church at this site was built in the Byzantium period by the Roman Empress Helena. You can see a few mosaics preserved from this original church.

The Crusaders restored and rebuilt the church in the 1100's. The Franciscan order maintains the church and monastery.

The main altar is dedicated to St John. 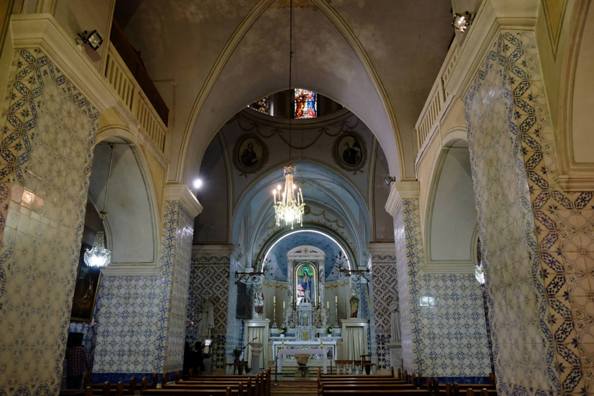 To its left are steps leading down to a kind of a grotto identified as the exact spot of John’s birthplace and believed to be part of his parents’ home.

The church is full of magnificent paintings drawn mainly by Spanish artists on the life and death of John, and on Biblical tales of Mary and Jesus. 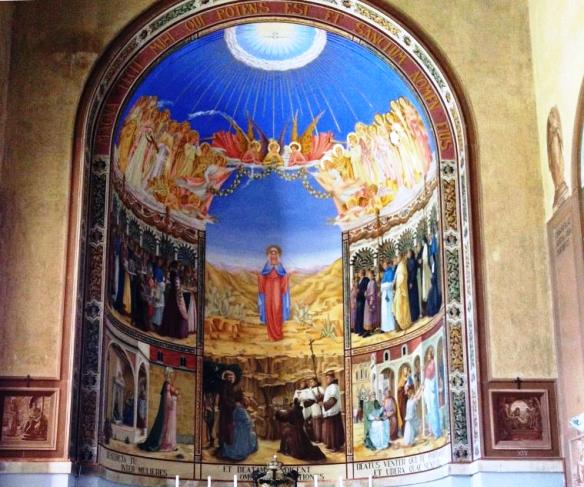 Not far away from St John the Baptist's Church up a steep hill is the other famous ‎church of Ein Karem, the Church of Visitation. It's a bit of a climb but worth it!

This church commemorates Mary's visit to her aunt and uncle Elizabeth and Zechariah, who would become the parents of John the Baptist. 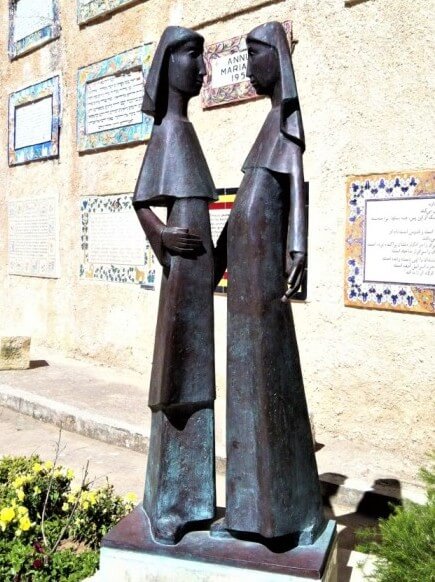 ‎On the wall opposite the church, you can see ceramic plaques with the 'Magnificat' printed on them in more than fifty languages, the verse Mary sang praising the Lord when she met with Elizabeth.‎ 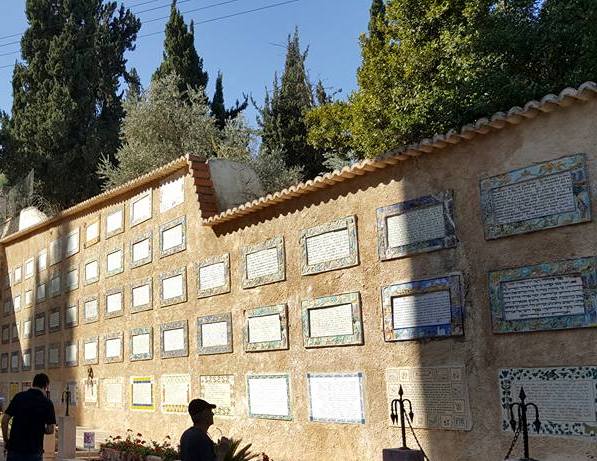 Like most other churches and monasteries in the Jerusalem area, the original Visitation Church was also built in the Byzantine era under the order of Empress Helena. Later it was repaired by the Crusaders. Its last restoration took place by Italian architect Antonio Barluzzi in 1955 who succeeded in preserving Byzantine and Crusader remains in the new shrine.

This richly decorated Church is ‎considered one of the most beautiful Christian sites in the Holy Land and it's covered in wonderful frescoes of scenes from the Bible. 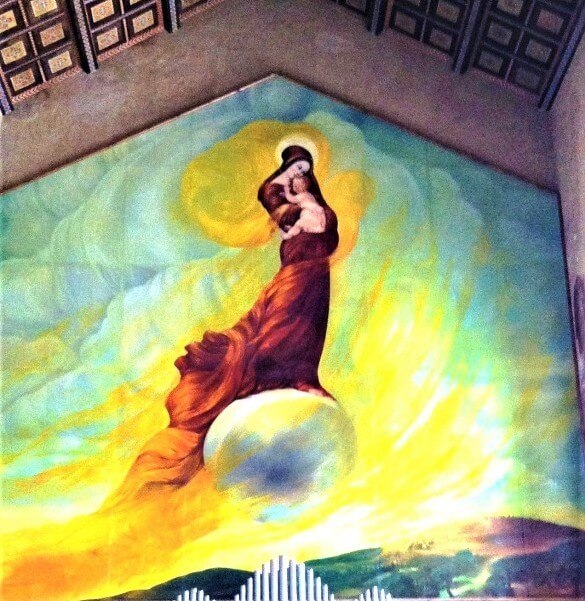 Sometimes if it isn't crowded and you ask permission, they will allow you to go up to the 2nd floor with spectacular wall paintings from the Crusader church.

There are some other monasteries and churches in Ein Kerem that are nice to visit:

Convent of Sisters of Our Lady of Zion is a walled monastery that was built in the 1800's originally as an orphanage. It is a tranquil place to walk around the beautiful, well-tended gardens and paths, the statues and the church.

The Sisters of Zion run a pleasant and modest guest house with private, double and triple rooms. I've stayed there myself on a retreat and found the atmosphere and food pleasant and peaceful.

You can't miss the onion-shaped golden domes of the modern Russian Orthodox Church which are visible from afar. 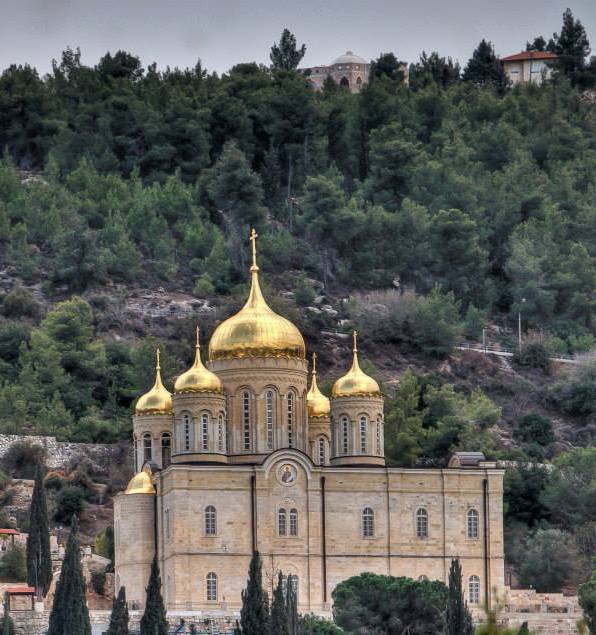 The church complex includes the Gorny Covent which was founded back in the 19th century in Ein Karem. It is believed to be the place where St. John gave his first sermon.

Ein Karem Jerusalem
Village Atmosphere and Where to Eat

Ein Karem is much more than its fascinating churches. The residents do much to preserve the small town environment and not get swallowed up by the hustle and bustle of Jerusalem and the nearby Hadassah Hospital.

Take the time to wander around the charming streets and winding alleyways. 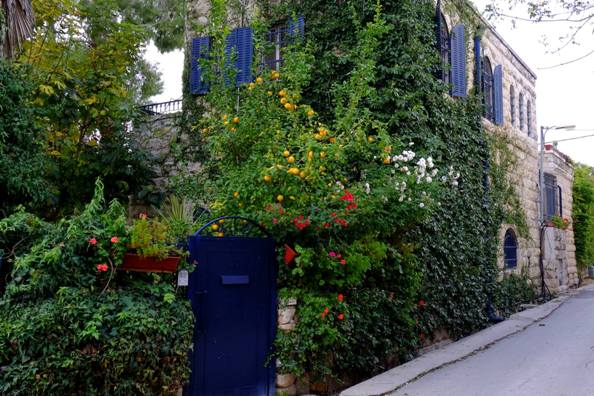 The village is home to many artists who chose to settle here. You can browse and shop in the studios and interesting stores.

And its a great place to stop for a snack or a meal at one of the local cafes and restaurants. Some of best are:

La Brasserie - tasty French classics with a local twist in a lovely renovated old building. If weather permits, ask to sit on the roof terrace where you can enjoy the amazing views with your meal.

Pundak Ein Karem - opened its doors more than 30 years ago and is still running strong. They serve continental, and local food in a pleasant atmosphere. Always popular.

Karma - is located in the heart of Ein Kerem serving Italian cuisine. Try one of the dishes made in the 'tabun' - the local name for a wood-burning stone oven.

A Great Jerusalem
Places to Stay

Staying a night or two in Ein Karem can be peaceful and relaxing. Here are some options to consider:

Sister Rosary's Guest House - The hotel is a converted convention run by attentive Sister Agatha. The rooms are large if a bit outdated. Breakfast is basic, but the area and service are wonderful.

Sisters of Sion Guest House - as noted above, this monastery runs a very pleasant guest house on beautiful grounds.

(The first two links above are "affiliate links", which means that if you click and buy something, we earn a small commission at no extra cost to you).