Migdal Israel is a small, sleepy town on the northwest shores of the Sea of Galilee. 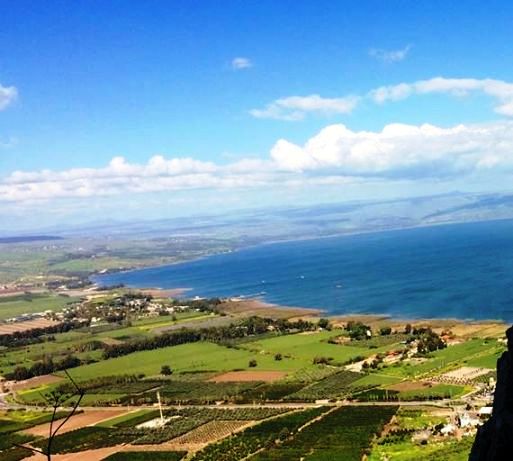 If you like archaeology and religious history, you'll enjoy an amazing visit.

Book a Private, One-Day Tour of the Galilee:

Jewish Gems and Heritage in the Galilee Tour

Back in 2009, a Christian pilgrimage guesthouse was being built in this traditional site of Magdala, the home town of Mary of Magdala.

But no one imagined what was hiding under a thin layer of dry soil. ‎

As workers began to dig the foundation for the guesthouse, they first discovered an ancient Jewish synagogue from the 1st century during the days of the Great Temple in Jerusalem. It is the oldest synagogue ever found in the Galilee and one of the oldest in the world. In all likelihood Jesus visited and preached in this synagogue.

But this discovery was only the beginning‎.

An entire Jewish city unfolded before the unbelieving eyes of the archaeologists. 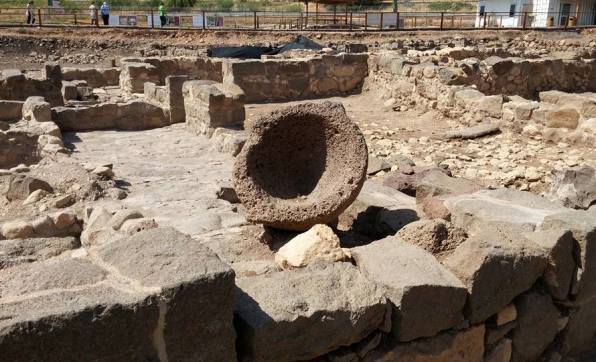 In the 1st century, Magdala had a thriving fishing industry, sending pickled fish as far as Rome.

Only about 10% of the town has been excavated, but it has already brought to light houses and warehouses, an ancient port, beautiful mosaic floors, a 'migdal' watch tower, well-paved streets and even a 'mikveh' or traditional Jewish bath. 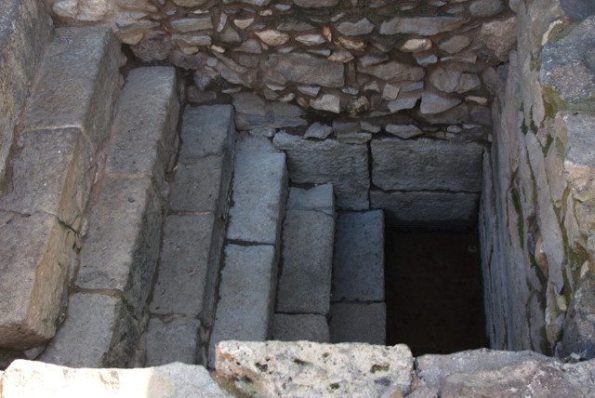 But the most incredible find from inside the ‎synagogue is the Magdala Stone. 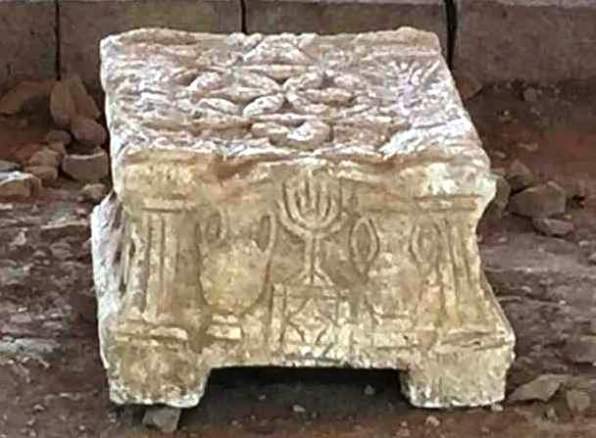 The size of a small table, archaeologists ‎consider it the most significant find in the past 50 years.

The front of the Magdala Stone depicts the oldest carved image of the Second ‎Temple’s seven-branched Menorah ever found.

Just steps away from the excavation is the Church Duc in Altum ('Put out into the Deep' in Latin from Luke 5:4).

This modern church uniquely combines elements of ancient excavations with the most modern design. When ‎entering the church, the first thing one sees is the beautiful Boat Chapel. 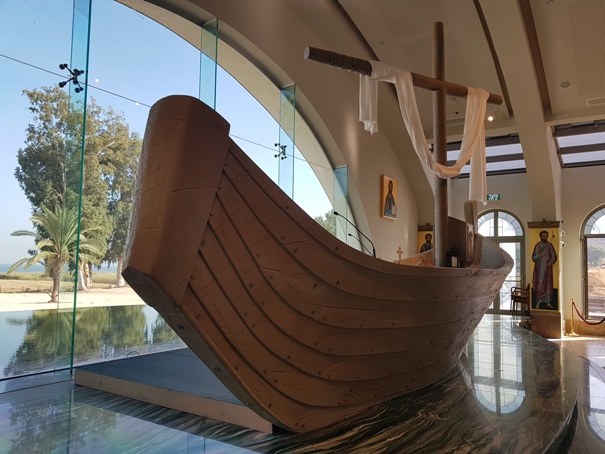 With a breathtaking view of the Sea of Galilee, a reflecting pool ‎behind the glass walls and a unique boat-shaped altar, this chapel commemorates ‎Jesus preaching from the boat. ‎

You can see the Mary ‎Magdalene Chapel, commemorating the story in Luke of Jesus casting out demons ‎and curing Maria Magdalene.‎

Down the stairs is the Encounter Chapel. Its floor is an archaeological treasure, the original, first century marketplace floor of ‎the ancient Magdala port. The huge wall painting titled “Encounter” - 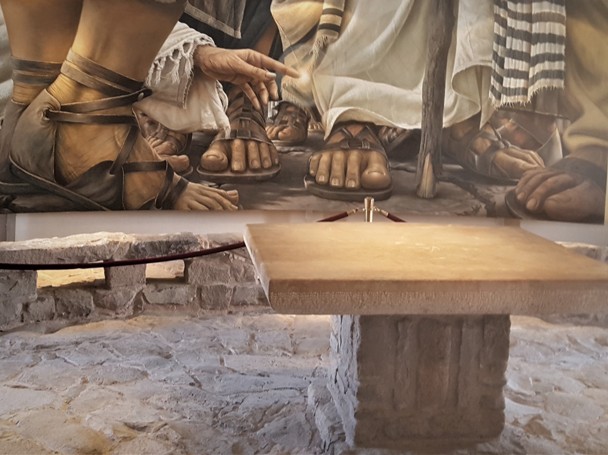 presents a ‎snapshot of the encounter of the hemorrhaging woman who tried to be healed by touching the feet of Jesus ‎ (Mark 5: 25-29).‎

For lovers of religion, Biblical history and archaeology, visiting ancient Magdala Israel is well worth a visit.