The Monastery of the Cross, Jerusalem
Discover its turbulent history
and the story behind its name

What makes the Monastery of the Cross in Jerusalem so unique? 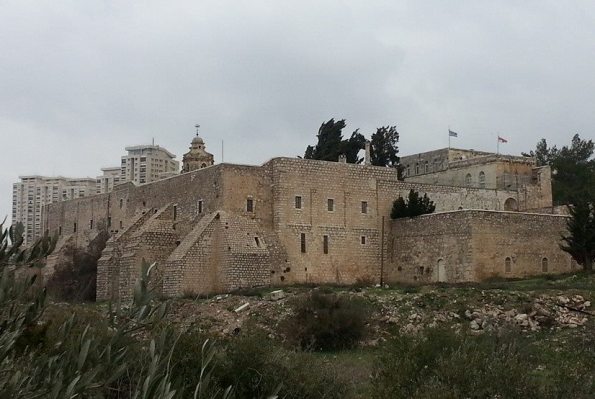 It looks more like a fortress than a monastery, hidden by tall medieval walls in the Valley of the Cross. Today it's in the middle of Jerusalem, just a few hundred meters from the Israel Museum and the Knesset, in the upscale neighborhood of Rehavia.

The Monastery of the Cross in Jerusalem is the oldest standing monastery in the city. Its history is dramatic having been destroyed and rebuilt many times over the past 1,700 years!

Monastery of the Cross Jerusalem
The Story Behind the Name

The Monastery of the Cross gets its name based on the belief that it is located on the very spot where the tree grew that was used to build the crucifixion cross.

The holy room in the monastery marks the exact place where the holy tree grew. The paintings in the holy room depict the history of the tree. 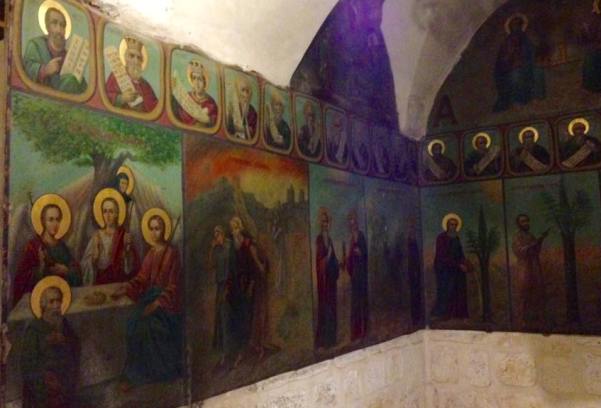 Tradition holds that after Lot escaped the destruction of Sodom, Abraham gave Lot three staffs of pine, cypress and cedar. Abraham received the staffs from the angels who came to his tent to tell him that his aged wife Sara would become pregnant. Lot planted and watered the staffs which grew into a triple-crested tree.

Thousands of years later, the tree was cut down in a spot marked the Holy Room. Its wood was carried to the crucifixion site where Jesus was nailed to the cross and crucified.

The Monastery of the Cross was first built in the 5th century by the Byzantines.

During the Persian invasion of 614, the monastery was destroyed and again in 796 when the invading Arab mobs killed all the residing monks. The monastery remained in ruins for over 400 years.

Finally in the 11th century, Saint Prochorus, a monk from Causcasian Georgia rebuilt the monastery, following the original building lines of the Byzantine monastery and adding a dome.

In those days, the monastery was in a remote location outside the protection of the city walls. So it was built with security in mind. You can see the buttressed walls and a few high windows designed to protect the monastery's inhabitants. All in all, the Crusader era was a time of prosperity for the monastery. The Crusaders referred to it as the Georgian Monastery.

Then in the 13th century,  the Mamlukes, the slave-warriors of medieval Islam overthrew their masters and established a dynasty that included Jerusalem.

For some years, Jerusalem was in turmoil, the Crusaders were expelled and for while so were the Georgian monks. Eventually, the Mamlukes decided to bequeath to the Georgian Monastery rights to all the Christian sites of Jerusalem including the Church of the Holy Sepulchre. Perhaps they did so because having originated in the Caucasian area of Asia, the Mamalukes extended a favor to their former Georgian neighbors.

It its heydey, the monastery housed hundreds of Georgian monks and became the center for Georgians in the land. 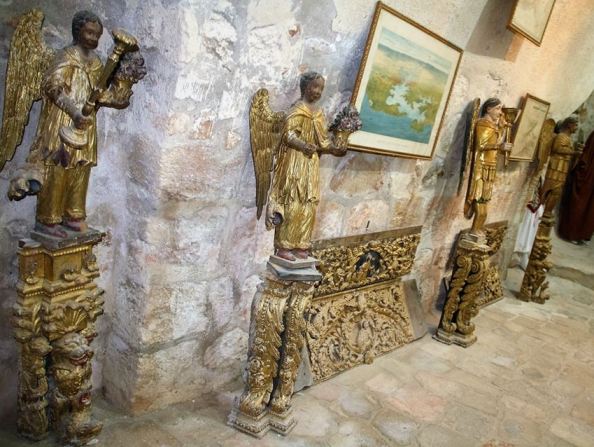 Many of the Georgian monks were well-known scholars and they created and gathered many literary and art works in what became one of Jerusalem’s most impressive libraries.

In the late 1600's the Church of Georgia was in trouble at home and was forced to give up control of their overseas properties.

The Greek Orthodox took over the Monastery of the Cross Jerusalem. Over the years, they enlarged the monastery and built a bell tower. 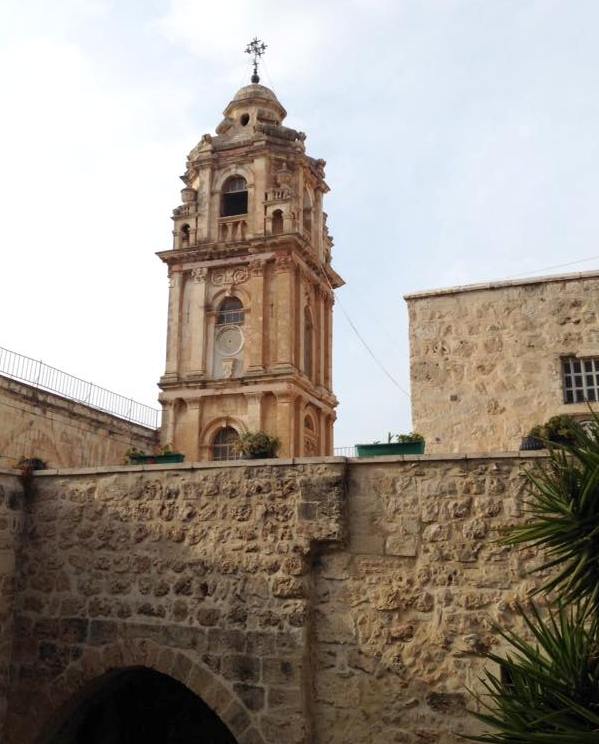 They opened the library and a museum of antiquities to the general public. The monastery housed a religious seminary in the 1800's with hundreds of students, some of who even became the Greek Orthodox Patriarch.

Eventually, the Greek Orthodox funds dried out as well. Less than a handful of monks remained in residence and the monastery was neglected.

Just about fifty years ago, the monastery was finally restored by the Greek Orthodox Church and the State of Israel to its original grandeur. In the center of the monastery chapel is the original mosaic floor from the 5th century. 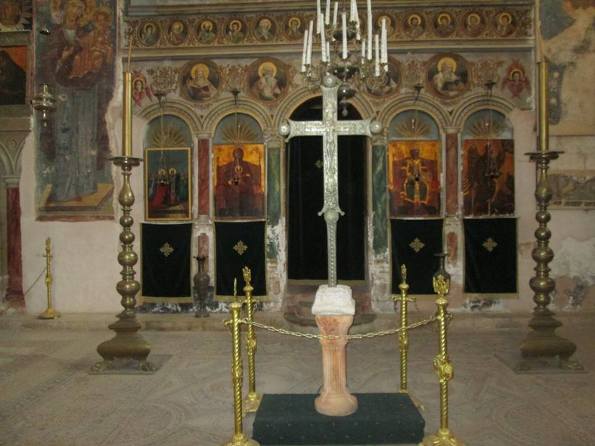 The floor has geometric shapes, flowers and the classic Byzantine Christian symbol of fish. They say that the dark stains are blood marks from the monks killed back in 796.

The church is full of glorious frescoes, paintings and pillars of saints and disciples. 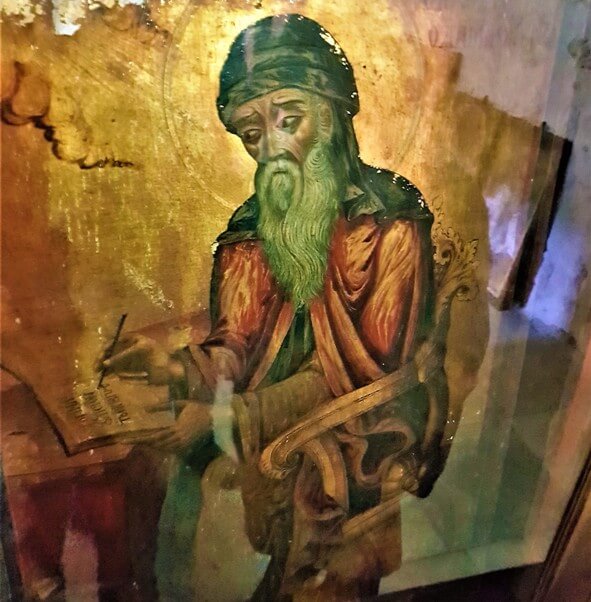 Today you can visit the monastery chapel, courtyards, a museum exhibiting monastery life in the Middle Ages, the old kitchen area, monk living quarters, a gift shop and a small cafe area.

It is open daily except Sundays.