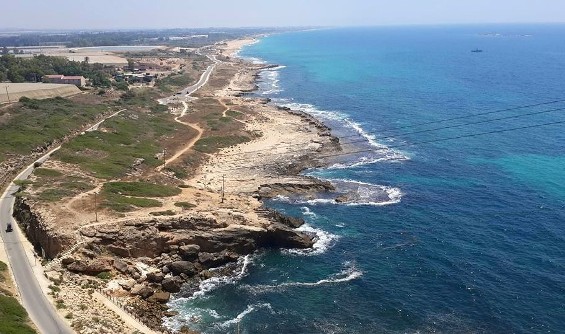 Book a Private Tour of Rosh Hanikra, Akko and Haifa

Just meters from the border with Lebanon, Rosh Hanikra Israel is one of the wonders of nature in the Holy Land.

Rosh ‎Hanikra means the "Head of the Reefs" in Hebrew.

You will njoy spectacular views from the head of the white reefs as you ride down the cable car to sea level, claimed to be the shortest and steepest cable car ride in the world! 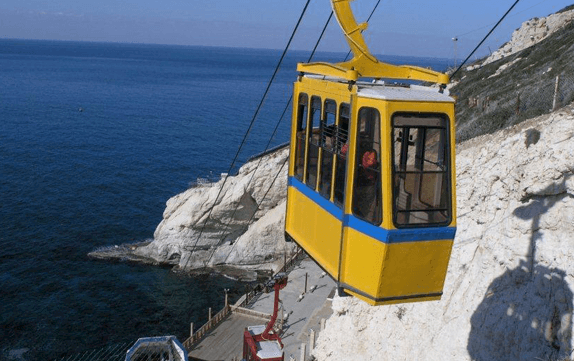 After riding down on the cable cars at Rosh Hanikra Israel, you'll find yourself in a wonderful world of grottoes and caves amid sparkling blue water. 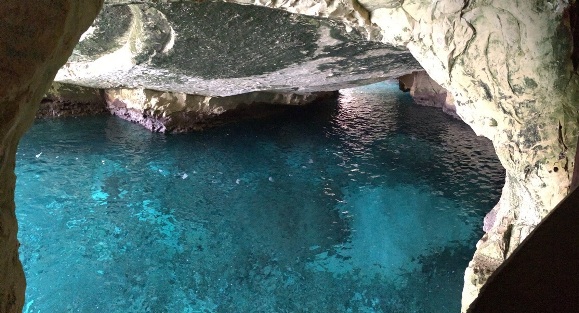 The caves are actually parts of a labyrinth of tunnels. How did they form? Millions of years ago, earthquakes opened gaps in the bedrock. The sea and rain entered the gaps. As sea waves pounded the chalk reefs, the tunnels and grottoes were formed.

You can hear a constant whoosing, almost mystical sound as the jagged rock formations force the sea waves through different caves and corners, some at faster and some at slower speeds.

There is a well-known legend about Amira, the beautiful daughter of a family in nearby Akko. Her parents arranged for her to be married to a very wealthy old Sheikh a bit further north in Tyre. She begged her parents to cancel the planned wedding to no avail. As they passed Rosh Hanikra she leapt off her horse into the choppy sea and drowned. If you listen closely, you will hear her sad song.

Rosh Hanikra Israel
How to get around

Exploring by foot is the easiest and most popular way. There is a walking path into the heart of the cliffs. 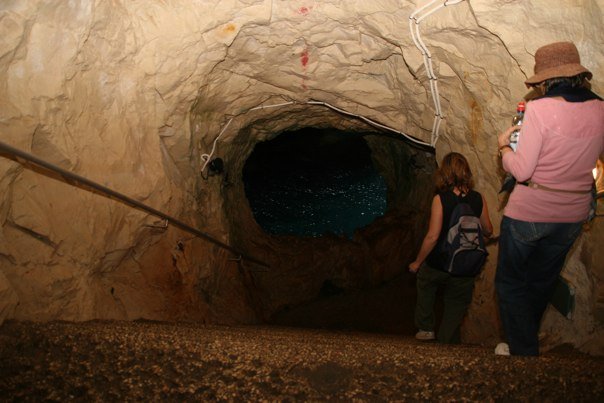 You can also rent bicycles or electric golf carts and discover the area, known as the Rosh Hanikra Sea Reserve. Ride along the boardwalk, the beaches near the cliffs and pretty sea inlets.

You might even get to see some wildlife, like these cute rock hyraxes sunning themselves on the rocks. 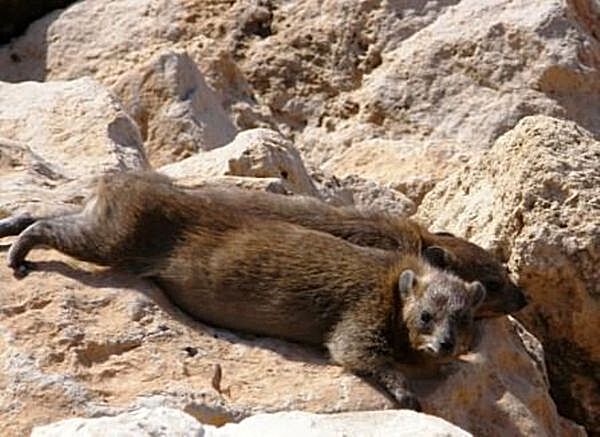 The waters too are full of marine life, some of the fish are unique to the area.

According to the Talmud, it was around here that the Phoencians gathered special sea snails from which they produced the famous Tyrian purple and Tyrian blue dyes used by royalty and also by the High Priest (Cohen HaGadol) who served in the Temple of Jerusalem.

If you like action, there are kayak trips in the Rosh Hanikra area, and boat trips from nearby Achziv that take you snorkeling and even scuba diving at Rosh Hanikra, when climate permits and the sea is calm. 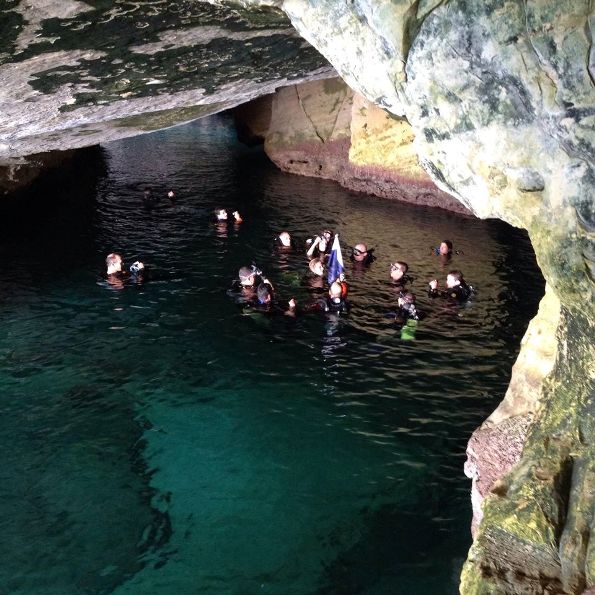 Since the sea sometimes gets quite rough, make sure to go snorkeling or diving safely with an experienced guide who is familiar with the weather and water conditions.

Rosh Hanikra Israel is part of a dramatic mountain ridge extending to Lebanon known as the "Ladder of Tyre" in the Bible. 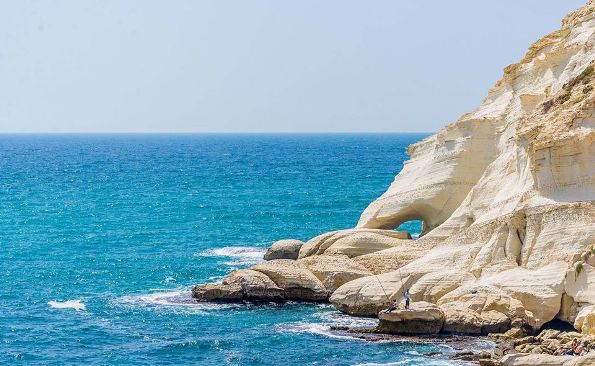 This area was  part of ancient trader caravan routes running north to south. Paintings from these days show stairways quarried into these mountain ranges ‎for crossing with camels and horses.

Unfortunately the ancient stairways were destroyed by the ‎British when they built the road to Lebanon.

You can still see the remains of the Haifa-Beirut railroad tunnels and a bridge built by the British Mandate which was destroyed by Israel Independence forces in 1948 to prevent the supply of soldiers and arms to opposing forces.

Inside one of the old railway stations is an interesting sound and light show on Rosh Hanikra that runs continuously.

You can either drive to Rosh Hanikra or take a train (or an Egged Bus) to the nearest stop at Nahariya. From there a taxi ride takes less than 10 minutes.

Rosh Hanikra and the cable cars run every day, all year round (except Yom Kippur) except on stormy days.

There is a restaurant and souvenir shop at the site.

For the ultimate in comfort, consider taking a private tour of the area. Our house guide has a fascinating northern Israel coastline tour of Hafia, Akko and Rosh Hanikra. Find out more here.