Tel Aviv is full of suprises. South of the city between Florentine and Jaffa is a tiny, quaint neighborhood of old wooden houses surrounding a beautiful church known as the American Colony in Tel Aviv. 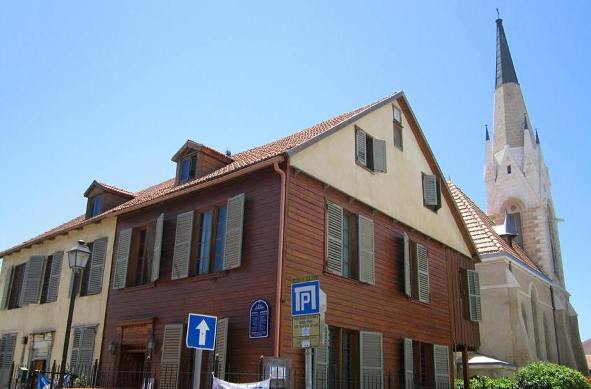 If it reminds you of a typical New England town, you are right!

The original homes were created far away from the Middle East, in the State of Maine back in the 1860's. Want to know more?

Discover Tel Aviv's Secrets on Your Own Private Tour

The Origins of the American Colony of Tel Aviv

So how did these wooden homes from Maine end up in the Holy Land? 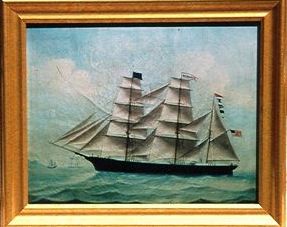 In 1866, 156 followers of Pastor George J. Adams boarded the Nellie Chapin and sailed for 42 days from Maine to Jaffa.

The pastor was an extraordinary man.

First a Methodist and then a Mormon preacher, he started his own Church of the Messiah. He was also a tailor and a talented, but often drunk Shakespearian actor. Perhaps that's where he developed his persuasion skills!

Pastor Adam had a dream. He and his followers would prepare the Land of Israel for the return of the Jews. It sounds a bit like Zionism, although their purpose was to hasten the second coming.

The Pastor travelled to the Holy Land and decided that Jaffa would be the best place to recreate a Biblical Paradise. Realizing how difficult it will be to build houses in the desolate lands around Jaffa, he decided to build prefabricated homes in Maine and ship them to the Holy Land!

The Fate of the American Colony of Tel Aviv

The colonists from Maine faced many difficulties from the local Ottoman rulers, but they eventually purchased a plot of land north of Jaffa.

They reassembled their New England homes. 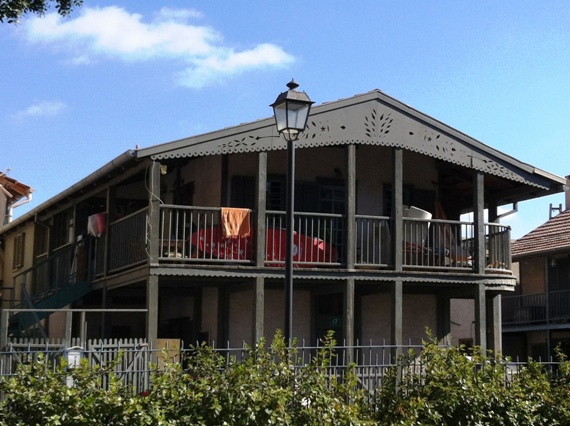 And then the started their real purpose of farming. They began to plough the stony, sandy land. 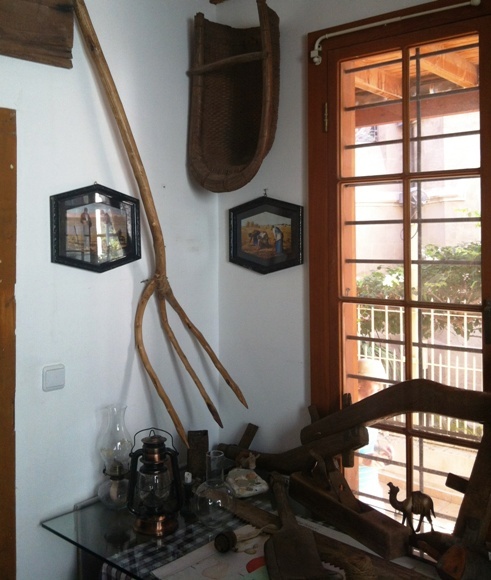 But the land stubbornly refused to produce  crops. The rains failed. The 35 familes suffered from hunger and illnesses.

George Adams deteriorated into drunkeness and within 2 years, he died. After his death, the community discovered that he had stored 201 bottles of whisky, in addition to bottles of wine and arak in the the communal storehouse!

The colony collapsed. Most of the settlers fled back to the United States. The American Colony with its beautiful wooden houses lay deserted.

A few years later, the first German Christian settlers, part of the Templar sect, landed in Haifa led by Pastor Hoffman. In 1869 they reoccupied the New England homes of the American Colony in Jaffa.

The Templars faced hardships but did not give up. Nothing could stop their zeal, and the American Colony, which became the American-German Colony, finally prospered.

The Colonists Dream is Fulfilled

Thirteen years later, in 1882, the first mass Jewish immigration started. Both the Jews and the German Templars worked hard to turn the stony desert into the 'Land of Milk and Honey."

They grew corn, planted olives, produced wine, milked cows and collected honey. And they built  villages all around the country. 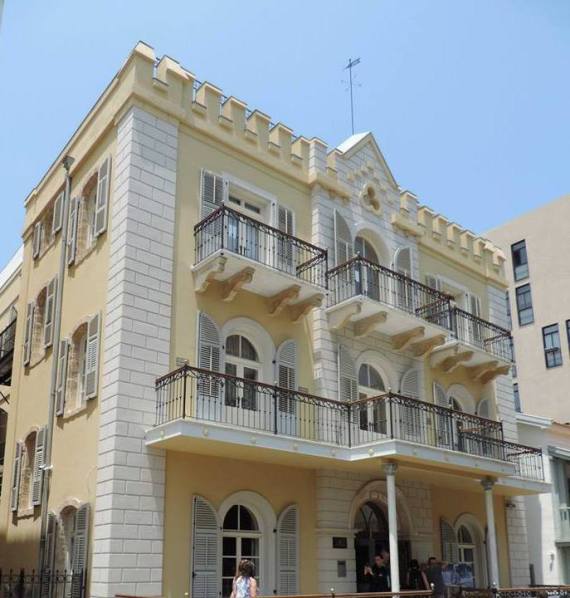 In 1866, it was built by two American colonists, John and George Drisco. A few years later, the German Templars took over and changed its name to the Jerusalem Hotel.

When British General Allenby (the namesake of Allenby Street) led the British victory over the Ottaman Turks in 1918, he was served an elegant victory dinner in this very building.

In 2018, the building was restored into one of the city's most elegant boutique hotels - the Drisco Tel Aviv.

In fact, now that most of the American Colony of Tel Aviv has been restored and renovated, you can say that the dream of Pastor Adams and Pastor Hoffmann to rebuild the Holy Land for the Jews has been fulfilled.

Flourishing, modern Tel Aviv is a living monument to their heroic efforts which were not in vain.