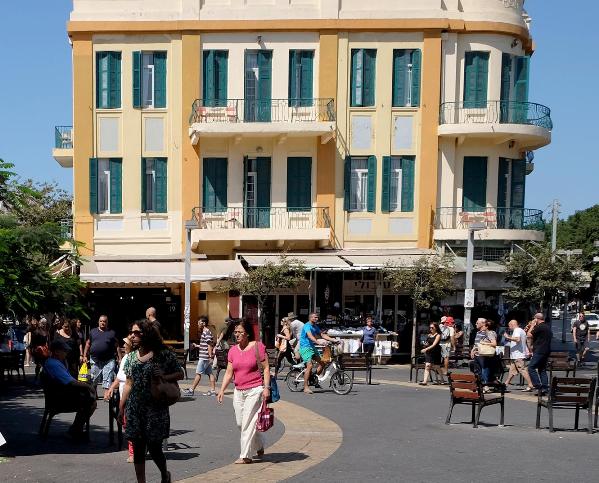 Walk down Allenby Street Tel Aviv and discover a mix of old and new in one of the most interesting streets in the city.‎

Allenby Street is just over 2 and a half kilometers long. It starts at the Tel Aviv Promenade near Jerusalem Beach, runs east a short way and then veers south.

Allenby is known as a cheap and sometimes kitschy shopping street. 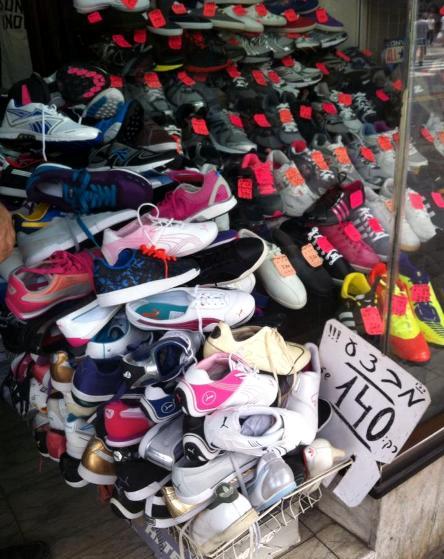 The street is lined with a variety of fast food joints and restaurants.

And at night, there are both trendy and sleazy bars and dance clubs that open their doors.

But Allenby Street is much more than just a street for bargain  shopping, fast food and bars. Stroll slowly, taking in the mix of buildings hiding in the shadows of majestic, old trees. Colonial, ‎Eclectic and Classical style buildings. Allenby Street borders the 'White City' of Tel Aviv, recognized by Unesco as a World Heritage Site because of ‎the highest concentration in the world of Bauhaus architecture.‎

Allenby Street has had its ups and downs, its years of glory and neglect.‎ So how did Allenby get this way?

Skip here for our guide of walking along Allenby Street.

Allenby is one of the oldest streets in Tel Aviv, built in 1911, just two years after the city was founded.

The original street didn't lead anywhere and was simply called the 'Big Street.

Only after World War I did Allenby street get its present name, after the British General Edmund Allenby who led a brilliant campaign ‎against the Turks. In large part due to his military leadership, the British vanquished the ‎Ottoman Empire and took over Palestine in 1918.‎

Here's a fascinating photo of a Bedouin camel caravan along Allenby Street in 1922.

The caravan transported building supplies to the rapidly growing city of Tel Aviv. You can see Jaffa in the background and the new, makeshift buildings around the new western stretch of Allenby Street.

Read more about the founding of Tel Aviv and the 66 Jewish families who left overcrowded Jaffa to establish a modern city here.

Another name for Allenby was the 'Sea Street'.

That name came about when a new immigrant from Odessa wanted to build Tel Aviv's first seaside restaurant, but on condition that the city would pave its first road to the sea. Since the city wanted to encourage Tel Aviv night life, they agreed. They added to the northern tip of Allenby Street which runs from south to north, a westward extension  to the sea.

The restaurant called Galei Aviv was built in 1923 in a wonderfully eccentric building, quite literally on the beach! 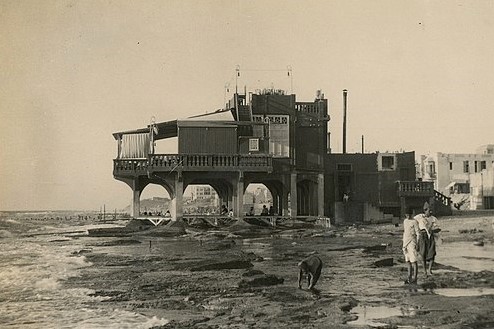 Courtesy of Wikmedia Commons and the Israeli National Library

It was called by the locals 'Casino' even though gambling never took place there.

Its first few years were a huge success. Waiters served customers in black tie. It was frequented by British government personnel and wealthy locals. Even Winston Churchill dined there once.

Unfortunately, the stormy seas of Tel Aviv winters damaged the building continuously. The restaurant changed hands a few times, and finally in 1939, thel 'eclectic- style' building was too damaged to be restored and was torn down.

Between the 1970's and 1980's, many families left the southern neighborhoods of Tel Aviv and moved to the more affluent northern suburbs. The area became shabbier, and the western part of Allenby near the sea was filled with prostitutes and drug users.

When the city of Tel Aviv began restoring other Tel Aviv neighborhoods and streets in the 1990's, Allenby was left on its own. Once one of Tel Aviv's nicest streets, years of grime, soot and disregard have left their mark.

Hey, that's part of its charm! Today, Allenby is a street in transition.

More than a third of the buildings on Allenby are historical ‎buildings of which a few have already been restored. As you walk by, you can't miss their beauty hiding under graffiti and grime.

And change is coming.

The city is determined to restore the street to its former beauty. It's planning to restore many of the historical buildings, reduce traffic and bus routes and possibly rebuild some of Allenby's once majestic squares.

Our route of Allenby Street Tel Aviv starts at the sea just near Jerusalem Beach and the Tel Aviv Promenade. 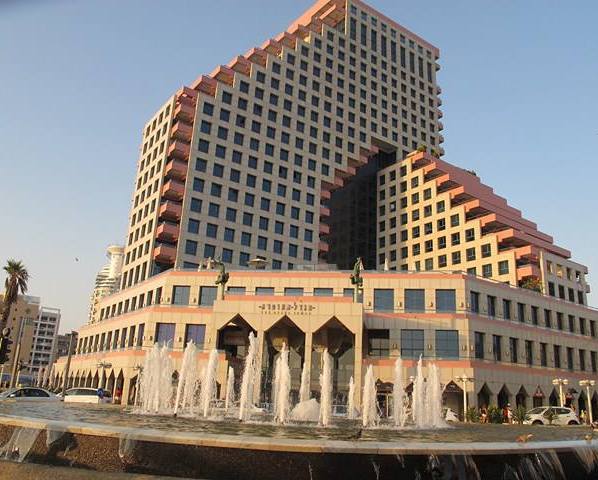 On the north side is the Opera Tower at 1 Allenby Street, a conventional modern building that is a Tel Aviv icon.

Its name (and a small plaque) commemorates the location where the  Israeli Opera operated until it moved to its current location just near the Israel Museum of Art.

The original Opera building was also the first home of the Israeli ‎Parliament, called HaKnesset, shortly after the founding of the State of Israel until HaKnesset was moved in 1950 to ‎Jerusalem.

Thats why the square with the beautiful fountain, on the south side of Allenby is called HaKnesset Square.

The original name of this seaside ‎square was the the "Casino Square”, named after the first beach restaurant ever built in Tel Aviv, also called Galei Aviv. 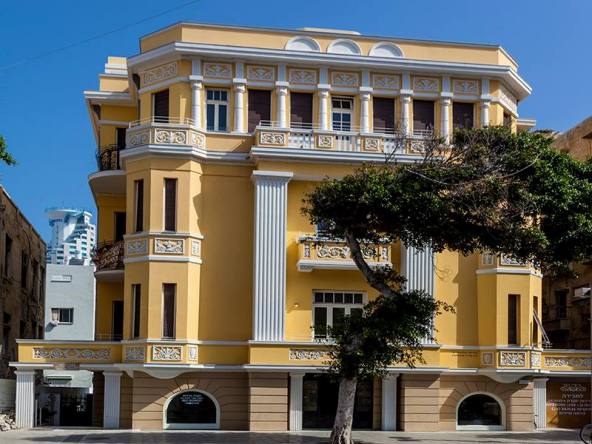 Walking one and half blocks west from the beach, you'll can't miss the canary yellow building at 11 Allenby Street.

Originally built in 1925 by architect Alexander Levi, he built in the style he was accustomed from his home city of St. Petersburg. This eclectic style building was restored in 2014. It's one of the 50 historic buildings on Allenby that are waiting for restoration.

Continue south window shopping and enjoying the old and new architecture, until you arrive at a square, usually full of passerbys.

Magen David Square's name comes from its resemblance to the six-pointed King David Star. It's usually teeming with people since six of the most popular Tel Aviv streets meet at this square. 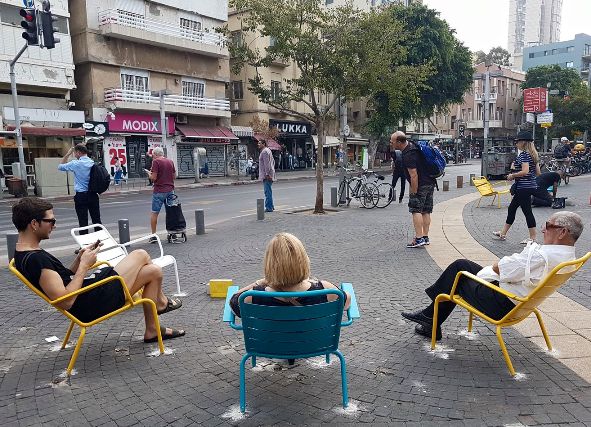 From Magen David Square, you can walk to Nahalat Binyamin which means 'the Heritage of Benjamin'.

It was built in 1909 as a more 'aristocratic' town than Tel Aviv, and it even tried to exist independently for a few years. Like Allenby Street, it houses beautiful European ‎and Eclectic style architecture from the 1920s and 1930s.

It is most famous for the Nachlat Binyamin biweekly Arts and Craft market held every Tuesday and Friday from 10 AM to 5 PM. 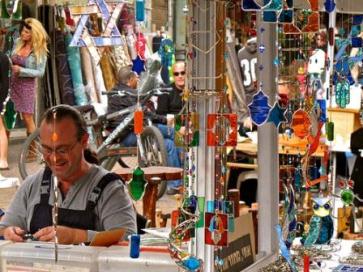 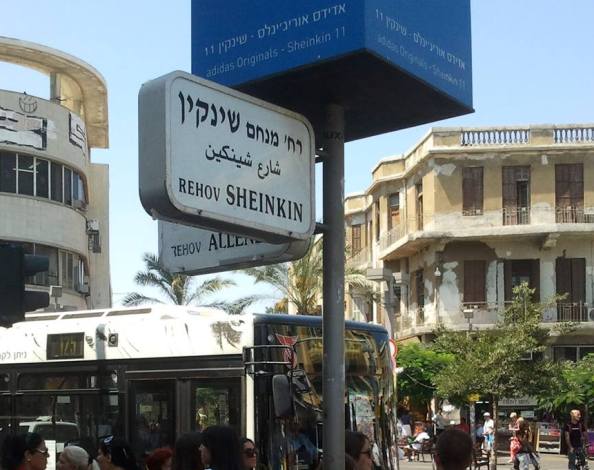 Across the way is Sheinkin Street, named after its builder Menahem Sheinkin, one of Tel Aviv 'founding fathers'.

It's one of the city's most popular shopping streets with trendy stores, cafe's and restaurants nestling amid both renovated and decrepit historical buildings.‎ Its a great street for people watching and window shopping, especially around Friday noon. 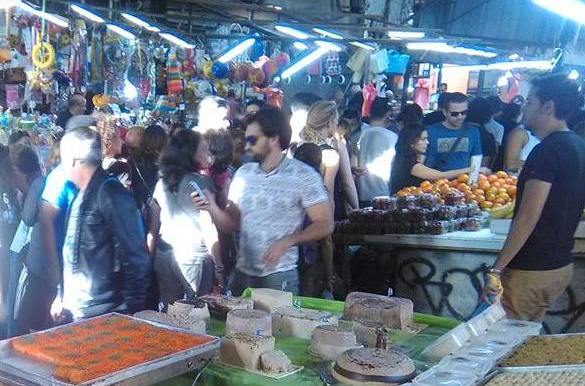 Open six days a week (except Saturdays), it's a spider's web of small streets and lanes, with crowds of shoppers, flavors and smells from ‎hundreds of different stalls and small cafes and restaurants. You can find stands with fruits, vegetables, cheeses, meats, candies and lots more.

People come to Carmel market not just to buy and taste, but to meet friends and enjoy the fast pulse and energy of this great ‎place.

At night, the bars and night clubs of Allenby Street open up. Here are two of our favorites:

The Pasaz (Passage) at 94 Allenby St.
Unfortunately, the Pasaz is closed due to the Corona Crisis. We hope they open up soon. Stay Safe! 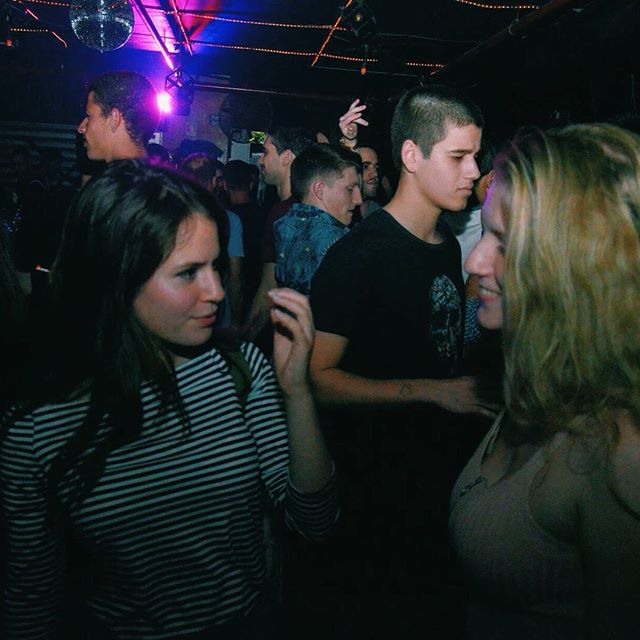 The Pasaz is a favorite of young Telavivians with relatively cheap drinks and a very cool atmosphere, as its located in an underground passage between buildings.

The Pasaz plays excellent music with both DJ sets and live music, dependin on the night. You can find out what's playing on their facebook page.  closed since the Corona crisis.

Tailormade at 99 Allenby St.
Unfortunately, Tailormade is closed due to the Corona Crisis. We hope they open up soon. Stay Safe! 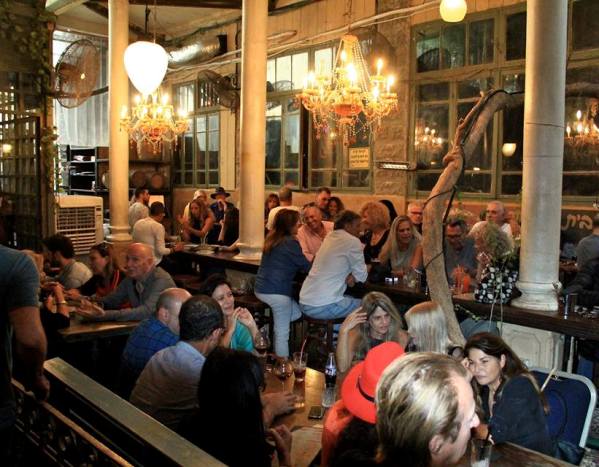 Tailormade Bar, like Pasaz above, is also  located in a passage way from an old building, but this one is decorated with wide wooden tables and antique chandeliers for a slightly more upscale crowd.

It has a great atmosphere. Their specialty are really fine cocktails, and you can get a decent bite to eat too. You can read more at their FB page: Tailormade on Facebook

The Great Synagogue of Tel Aviv is modern, strange and ‎anything but beautiful. It was restyled in the 1970s and now has a large grey monolith exterior surrounded by concrete-like columns.

Thankfully, the city of Tel Aviv will restore the synagogue to its original grandeur when it was built in 1926. 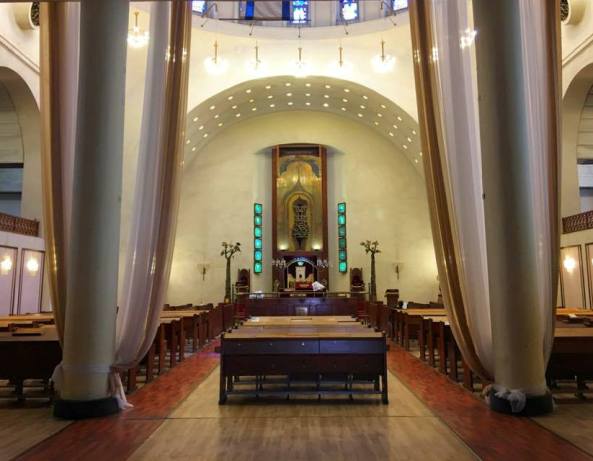 The interior of the Great Synagogue of Tel Aviv is still grand and beautiful. The exquisite stained glass windows are replicas from synagogues destroyed in the Holocaust.

Its a popular spot for weddings and bar mitzvahs. Find out about planning your special event in Israel.

In the heart of Tel Aviv, on the corner of Rothschild Boulevard and Allenby is Beit Lederberg, or House of Lederberg.

Built in 1925 in the Eclectic Style, take a look at the striking ceramic murals on the building.

They were designed by Israeli artist Abraham Eistenberg and scenes and ideals from the days of Israel Pioneers. These symbols were integral to the revivednational ethos in the 1920's as more and more Jews immigrated here as part of the Zionist dream of a reborn Jewish nation.

Allenby continues a short way east to the Moshavot Square but there is nothing of particular interest in that direction. 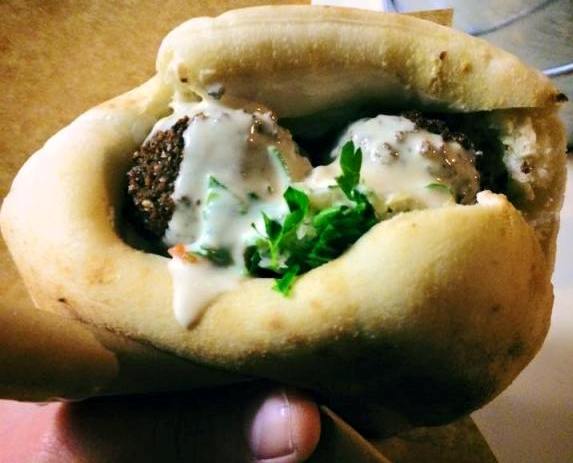 Instead, we recommend you finish your walk on Allenby at Super Falafel, one of the best falafel joints in the city.

Their falafel balls are great, but what makes Super Falafel shine is their super soft, Yeminite homemade pita bread that absorbs all the falafel and sauce flavors. Read more about the best falafel places in Tel Aviv.

This brings our walk on Allenby Street to its end - a stroll along the life and history of Tel Aviv, the beautiful and the ugly, historical architecture, ‎shopping, food and nightlife.