If Israel archaeology interests you, you'll enjoy a visit to the remains of the ancient ‎Biblical city of Lachish at Tel Lachish National Park.‎ 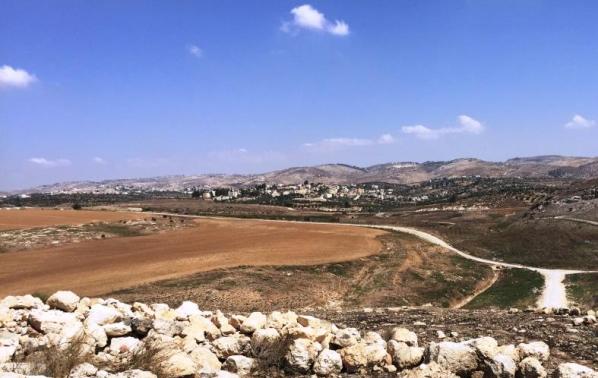 The green and yellow hills of this rural area hide fascinating historical and ‎Biblical tales.

Tel Lachish is one of the largest 'tels' in Israel, which refers to ‎archaeological artificial mounds. It's located in the Shfela, an hour's drive south of Tel Aviv on the way ‎to Beer Sheva.‎

Not Much Has Changed...

In the pastoral landscape of Lachish, not much has changed since Biblical days. ‎

One can still see the flocks grazing as they once did. 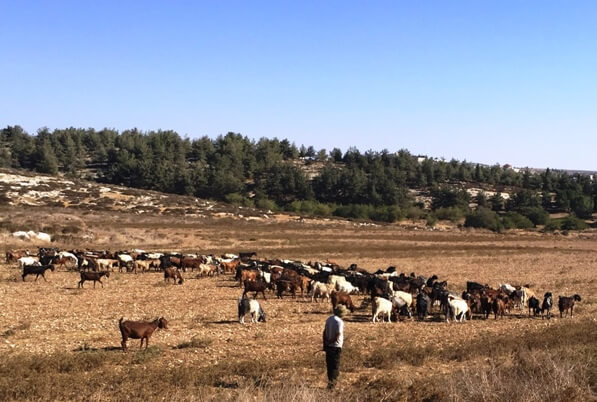 Based on archaeological remains and ‎writings, the area was famous for its grape vines. Today, grapes are still the main ‎agricultural product at Moshav Lakhish. 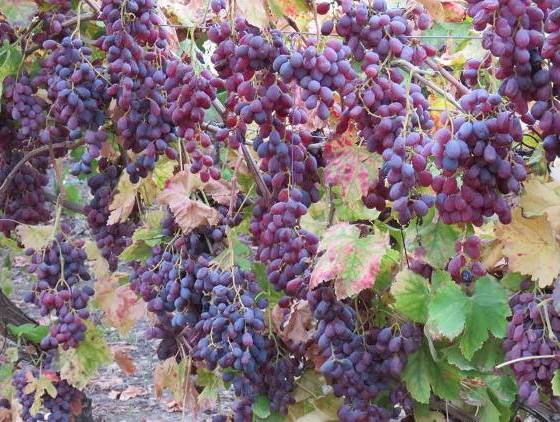 ‎In fact, a great activity for kids is picking ‎grapes at at Tali Grapes in the Moshav during harvest time (in late summer and early autumn). It costs about 35 shekels per child.‎ Besides grape picking, kids can press grapes barefoot at the ‎ancient winepress.

The remains of Lachish go as far back as 7,500 years BCE. For much of the time between ‎then and 1,200 BCE, the city-states of Canaan were ruled by Egypt.‎

Incredible letters on tablets were found at ‎both Lachish and the famous El-Amarna tablets in Egypt. Some of the letters mention plots ‎against Egypt. In others, Zimidra the city's Governor professes his loyalty to the Pharaoh:

‎"At the feet of the king, my lord, seven times and seven times do I fall.... It is a wickedness ‎which they have wrought against me... Behold, , I am a shepherd of the king, and one who ‎brings tribute to the king.‎‏"‏ (You can the full text of the tablets here).

Some of the letters ask the Pharoah for help in battling the Habiru invaders.‎

Ultimately, as recorded in the Book of Joshua, the Hebrew tribes led by Joshua fought and ‎conquered Lachish as part of the coalition of Amorite cities.‎

The Glory and Destruction of Lachish

Under the rule of Israel, the fertile area around Lachish was densely populated ‎with villages, rich fields and busy roads.‎

Lachish became the 2nd most fortified and important city in Judea, after ‎Jerusalem. The city protected the main road from Egypt. The main road is called 'The Way of the Patriarchs" which commemorates the ancient north-‎south road traversing Israel.‎

Tel Lachish is an active archaeological site. You can see the remains of Judean King Hezekiah's Northern Wall Complex and Gateway. 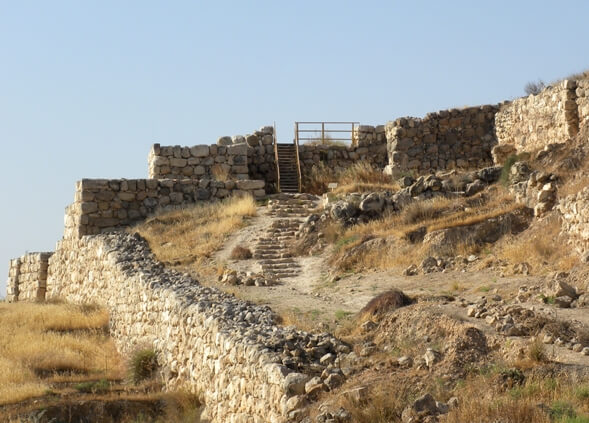 In 2016, archaeologists working in one of the six chambers of the gateway discovered pagan altars that were purposely destroyed, and in the same room, a stone 'latrine.' 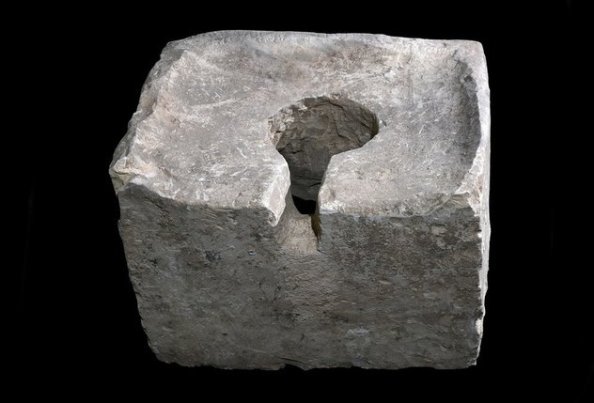 These discoveries are evidence of King Hezekiah's religious reforms when he banished pagan worship throughout Judea. The toilet was placed as a symbol of disdain for worshipping deities other than the God of Israel.

In case you are wondering, the toilet was never used ;)

Everything changed when King Hezekiah sided with the Egyptians and recklessly rebelled against the greatest power in the world, the Assyrians. The Assyrian army of King ‎Sennacherib invaded Judea and completely destroyed the city in 701 BCE.‎

You can see the Assyrian siege ramp today. Over 1,000 Assyrian arrowheads were found here. 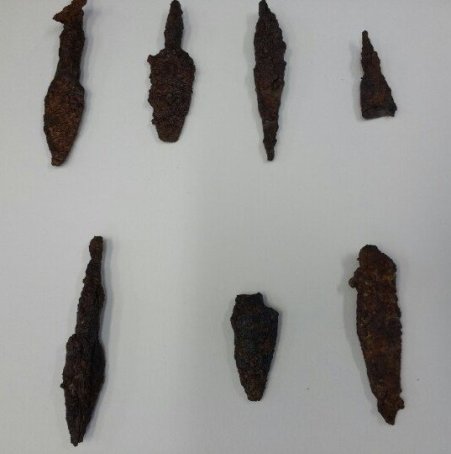 Its destruction was commemorated for ‎posterity in the 'Lachish Reliefs'

These huge, impressive carvings depict how King Sennacherib and his army ‎annihilated the city, step by step. They were prominently displayed in the King's Palace in Ninveh in  ‎today's Iraq. Today they are on permanent display in the British Museum in London. ‎

Only after most of Judea was destroyed, Lachish in ruins and its 200,000 residents in exile did Hezekiah agree to pay tribute to Sennacherib.  The capital of Jerusalem was spared.

The 'Lachish Letters' now at the Israel Museum document letters from a Jewish soldier to his commanding officer that mention the menace of the ‎approaching Babylonian army. ‎ ‎

‎Nebuchadnezzar II King of Babylon burned down all of Judea, including the Great Temple in Jerusalem. No city was spared. Much of the Jewish population of Judea were exiled to Babylon.‎

During the Roman era, Lachish was resettled and revived.

New Jewish settlers arrived. There was a thriving olive oil industry. Local olive oil was famous not just in Judea but throughout the Roman Empire. 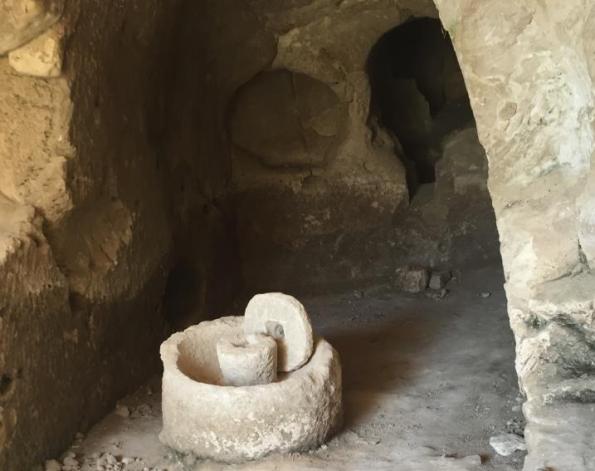 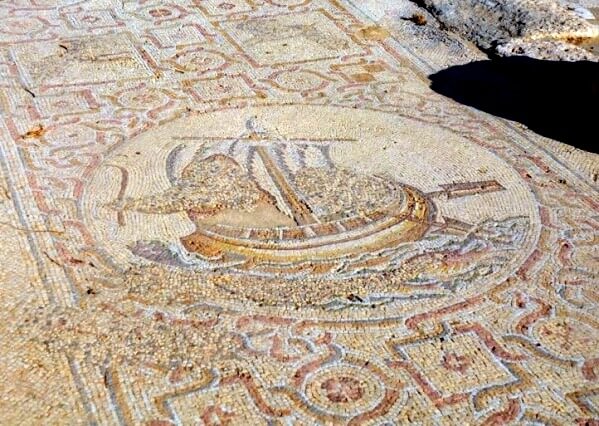 All the new prosperity was abruptly terminated during the Jewish uprising against ‎the Romans in 132-135 CE. Over 600,000 Jews were killed in two years, Jerusalem was again destroyed and once again, most of the Jews were exiled. ‎Thus the Jewish Diaspora began.‎

These days, every bulldozer in the area uncovers a new discovery.

It could be an ancient oil press from the days of King Herod, or an underground passage way carved by ‎the Jews escaping the Romans.

You may also be interested in other archaelogical sites in Israel: